The Mark of The Beast 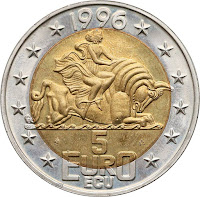 14) "The little horn" or Holy Roman Empire (Daniel 7:8) "came up among them (the tribes), before whom 3 were plucked up by the roots". The barbarians were tribes that opposed Roman government (& church). The Ostrogoths, Vandals and Heruli were exterminated during the rise of the papacy.

See how church & state both burned people,"Death By Burning" (under Historical Usage) at Wikipedia http://en.wikipedia.org/wiki/Execution_by_burning#Historical_usage .

16) It would be diverse or different from other kingdoms (Daniel 7:24). Eventually, power  transferred to church from state. "With the increasing chaos and disorder leading to the collapse of the Roman Empire in 476, the popes assumed more and more civil authority first in Rome and in the surrounding territories."  See Religion in Rome (Christianity/2nd paragraph) http://en.wikipedia.org/wiki/Religion_in_Rome#Christianity.

20) Daniel 8:24, "he shall also stand up against the "Prince of princes". Ephesians 5;23; Colossians 1:18; & Ephesians 1:22, clearly fix Jesus as the Head of the Church, which puts the Church of Rome in direct conflict with what the Bible says.

New Advent Catholic Encyclopedia under "Vicar of Christ" ( 2nd paragraph) says, "...the title Vicar of Christ is more expressive of his supreme headship of the Church on earth, which he bears in virtue of the commission of Christ and with vicarial power derived from Him." See http://www.newadvent.org/cathen/15403b.htm

21) "Shall destroy the mighty and holy people" (Daniel 8:24).  You can get it straight from the horses mouth at New Advent Catholic Encyclopedia.

Search "Inquisition", scroll down to "The suppression of heresy by the institution known as the inquisition" or http://www.newadvent.org/cathen/08026a.htm.

From "The Inquisition of the Middle Ages", see (b) Procedure, & find the 4 bullet points & "four methods of extracting open acknowledgment":

24) Search Revelation 12:13-17, then "Holy Roman Empire" in Wikipedia. Go to "King of the Romans" (2nd paragraph), "After being elected, the King of the Romans could theoretically claim the title of "Emperor" only after being crowned by the Pope....In many cases, this took several years while the King...was in quarrel with the Pope himself."

Same page, just scroll down to "The Imperial Diet (Reichstag, or Reichsversammlung), was the legislative body of the Holy Roman Empire and theoretically superior to the emperor himself."

25) Revelation 12:4 - Born during Roman Empire, Jesus was almost "devoured" before reaching 2 years old. It was argued that Herod was not even a true Jew, but still he was appointed Ruler of Judea. To show his allegiance and gratitude, Herod renamed the Straton sea port “Caesarea”, and built a temple for the goddess “Roma” and Augustus (Octavian) Caesar. Jews hated Herod, but feared him because he killed his own children, other close family members, and even his wife...and tried to kill baby Jesus.
Posted by Do Right By Faith at 10:36 AM