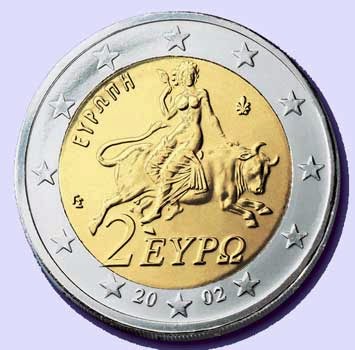 34) "Not only Gnostics and other heretics, but Christians who considered themselves faithful, held in a measure to the worship of the sun."
"Leo the Great in his day says that it was the custom of many Christians to stand on the steps of the church of St. Peter and pay homage to the sun by obeisance and prayers.""When such conditions prevailed it is easy to understand that many of the emperors yielded to the delusion that they could unite all their subjects in the adoration of the one sun-god who combined in himself the Father-God of the Christians and the much-worshipped Mithras; thus the empire could be founded anew on unity of religion."

35) "Without realizing the full import of his actions, Constantine granted the Church one privilege after another. The Church further obtained the right to inherit property, and Constantine moreover placed Sunday under the protection of the State."

"It is true that the believers in Mithras also observed Sunday as well as Christmas. Consequently Constantine speaks not of the day of the Lord, but of the everlasting day of the sun."

36) The decree below is “the mark of the beast”. Some people, like medical and public workers may work daily, but whether the earnings from Sabbath become tithe (and offering) is between them and God. There is not a shred of Biblical proof of a change in the Sabbath, and the mark of the beast is an attempt to change Sabbath from the 7th day.

See "Sol Invictus" (under Constantine 2nd paragraph).  March 7, 321, Rome (the 4th beast) states, “On the venerable day of the Sun let the magistrates and people residing in cities rest, and let all workshops be closed. In the country however persons engaged in agriculture may freely and lawfully continue their pursuits because it often happens that another day is not suitable for grain-sowing or vine planting; lest by neglecting the proper moment for such operations the bounty of heaven should be lost.”

See http://en.wikipedia.org/wiki/Sol_Invictus#Constantine  & note that the religion of "Sol Invictus" was part of the state religion until paganism was abolished by decree of Theodosius I on February 27, 390.

"The Church, on the other hand, after changing the day of rest from the Jewish Sabbath, or seventh day of the week, to the first, made the Third Commandment refer to Sunday as the day to be kept holy as the Lord's Day."

"The IRS collects your taxes and gives it to the Vatican", says Karen Hudes, Former Advisor and Attorney to the Worls bank for over 20 years.

Blessings!
Posted by Do Right By Faith at 1:27 PM